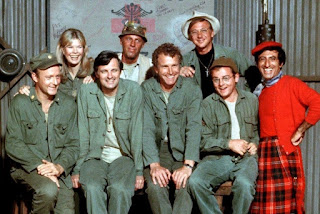 The first three seasons of M*A*S*H shine brightest. After watching the first three seasons on MeTV, I was reminded as to why I stopped watching the show years ago. Season four brings in new characters that were not in the film. The canon characters of Lt. Colonel Henry Blake (MacLean Stevenson) and Captain Trapper John McIntyre (Wayne Rogers) were gone and replaced by two new characters. 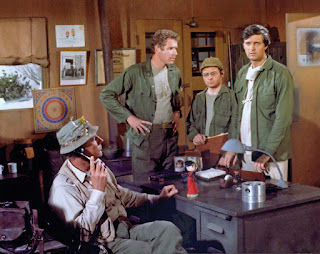 Now, before someone starts bringing up Corporal Maxwell Klinger (the hilarious Jamie Farr), I just want to say that I was fine with new characters in the first three seasons because the core group had been retained from the film M*A*S*H (1970), that gloriously madcap heap of madness that I can watch again and again. The connection to the film is what is felt in the opening episodes of season one, with Hawkeye (Alan Alda) and Trapper on equal footing and Henry being between Major Frank Burns (Larry Linville) and Major Margaret Houlihan’s (Loretta Swit) rock and a hard place. It felt like the movie and, in many ways, was better than it.

In the middle of the dueling officers was the calm in the storm that came in the form of Grape Nehi drinking Iowa farm boy Corporal Radar O’Reilly (the unforgettable Gary Burghoff), who I believe is the most essential character. His naive ways are a tonic for the zaniness of The Swamp (the tent where Hawkeye and Trapper have a working still and bunk with Burns), the horror of the OR, the looniness of Blake’s office, and the war itself.

Other characters who made the film so unforgettable make it into the series. We get Hawkeye's houseboy Ho John (Patrick Adiarte), surgeon Captain Oliver “Spearchucker” Jones (Timothy Brown), and even anesthesiologist Ugly John Black (John Orchard). In the first episode it is Jones who tosses the football to Radar, who after catching it turns because he knows the helicopters with the wounded are coming. This is in the opening credits for the rest of the time Radar is in the show, so in some sense what goes on is in his point of view.

Unfortunately, Jones, who also bunked in The Swamp, would only last for six episodes before being unceremoniously written out without a word said as to what happened to him. Ho Jon would last for seven episodes, and Ugly John got 10, but nothing is said about these characters after they are gone. 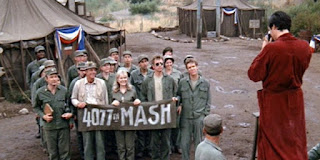 Still, the first three seasons have the levity, the insanity, the madcap joy for life (along with the hideous laugh track) despite the insanity of war that made the film so well loved. But, as the seasons progressed, it was obvious that the writers were giving Hawkeye more screen time than Trapper. Watching those three seasons again, I realized that Trapper rarely had a scene by himself with other characters, while Hawkeye’s romantic escapades and relationships with others are more deeply explored.

It was easy to see by the third season that M*A*S*H was becoming “The Hawkeye/Alan Alda Show,” and both Stevenson and Rogers knew it. It is a shame that both of them didn’t get a chance to do more character building, though Stevenson certainly got more screen time than Rogers and became a more well rounded character.

Once Stevenson announced he was leaving the show, telling Larry Gelbart and Burt Metcalfe that he wanted to star in his own show, they crafted a farewell in season three, episode 24 (“Abyssinia, Henry”). I have read that they killed off Blake not for the pathos that it would create, but rather to make certain that Stevenson couldn’t come back, even as a guest star.

While some critics called Blake’s death “groundbreaking,” I found it to be out of sync with how sitcoms are supposed to function. Gelbart and Metcalfe wanted to kick Stevenson in the butt on the way out the door, and it seemed a harsh way for such a beloved character to go out. Thanks to Gelbart and Metcalfe, there would be no chance for a show like Henry Blake, MD. It was painful for Stevenson and the fans as well.

While we got a less than fitting, unhappy goodbye for Henry Blake, all we got for Trapper was that he had made his points and was going home. In season four episode one, Hawkeye comes back from R&R in Tokyo, and he learns that Trapper is gone. There is an attempt by Hawkeye to make it to the airport to say goodbye to Trap, but Hawkeye gets there too late. He does run into Trapper’s replacement, Captain B.J. Hunnicutt (Mike Farrell), and they start what will become a strong friendship.

I never bought their quick bond, but B.J. slides into Trap’s bunk and doesn’t skip a beat. He and Hawk are besties and against Frank. It didn’t feel right to me. The dynamic started to feel worn out with Trapper gone. Wouldn’t it have been more daring to have the replacement reject Hawkeye – the still, The Swamp, everything? Not that he would become Frank’s ally, but he might align with him sometimes. That would have challenged Hawkeye much more than slipping into business as usual.

Back at the camp, Burns and Houlihan are making life miserable for everyone. This could have been an interesting trajectory for the show. Hawkeye and his new best bud would have to fight back without Blake there to be the mediator. That might have been a show I kept watching, but then Burns gets a rude awakening when Colonel Sherman T. Potter (Harry Morgan) arrives. Potter was “a full-bird colonel” and his taking over was supposed to change the camp. Newsflash – it does not. Everything remains the same except Blake’s office.

I admit that I have watched a few episodes from all the seasons. Once in awhile I need a M*A*S*H fix, so I will watch whatever season is on. I don’t mean to disparage the replacements. Farrell, Morgan, and David Ogden Stiers (Major Charles Emerson Winchester III) were all fine actors and did a splendid job in their roles, but the glow had dulled for me. I did watch the episode when Radar goes home, and it felt as if the last piece of canon went out the door with him (he was in the frigging movie, remember?).

By the time the show got to its unnecessarily bloated series finale (season 11, episode 16), I had stopped watching the series. Take my advice and watch the finale in a way that you can fast forward as much as you please. The Korean War lasted three years; the show went on well beyond that, and I felt no joy watching it in the end.

I know there will be people who disagree with me, and I understand that. There are those fans who worship Alda like a god, and I get it. But the Hawkeye Pierce we meet in the first three seasons changes, and not for the better. The playful, funny, and mischievous Hawkeye turned into brooding, morose, and serious as heck doctor who would have never taken out a general’s appendix to get him sent home because he was killing too many kids. I so preferred that Hawkeye  –  and the Trapper who fully supported him – who took out that healthy appendix because it would make a difference.

For me, the first three seasons of M*A*S*H are pure gold. I love how Father Mulcahy’s (William Christopher) kindness and faith assuage the camp's wounds of war. Klinger for just being Klinger, especially dressing as the State of Liberty as a way to get General MacArthur’s attention, but all he gets is a salute. Radar saying, “Wait for it” right before the sound of choppers fill the air. Henry with the nurse’s wash hanging on a clothesline in his tent, and Houlihan putting on her makeup with Burns hiding in her closet so as not to get caught. 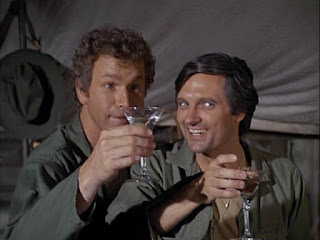 Mostly though, I recall Hawkeye and Trapper drinking martinis in The Swamp, playing golf, and bugging Henry for all the things they wanted (usually not for themselves but to make the camp better). That’s the M*A*S*H I love, and the first three seasons will always be my canon episodes, hideous laugh track and all. 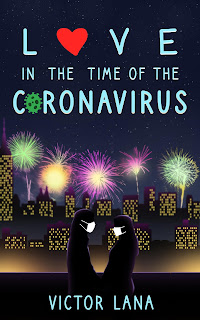